Where Canada plans to host the 2026 FIFA World Cup

February 28, 2019 By Christian Vasquez in Default

The FIFA World Cup is heading to North America in 2026, with Canada, Mexico and the United States granted the honour of hosting soccer’s most prestigious tournament.

The United 2026 organizing committee subsequently unveiled 23 finalists to be amongst the 16 host cities, with Canada expected to have three venues.

Most top sports betting sites are predicting that Montreal, Toronto and Edmonton are certain to make the final cut, with seven US cities likely to miss out when the final list is confirmed. Read on as we look at the three probable Canadian stadiums.

Canada’s biggest stadium in terms of seating space, Montreal’s Olympic Stadium is widely recognised as one of the most impressively designed in the world.

French architect Roger Taillibert conceived of the design to feature organic elements reminiscent of vertebrae, tentacles and sinews, while adhering to the simplified forms of architectural modernism.

Originally used as the main site for the 1976 Summer Olympics, the project was hit by delays and strikes, meaning that construction wasn’t completed until 1987.

“The Big O” is expected to get a makeover for the World Cup, with a retractable roof amongst the renovations planned for the event.

Opened ahead of the 1978 Commonwealth Games, Edmonton’s main outdoor stadium has a long history of hosting top class events.

Canadian football, athletics, rugby union and music concerts have all been staged there, in addition to a plethora of top-class soccer action.

Designed by Ragan, Bell, McManus Consultants, the venue is based on the design of the Jack Trice Stadium in the US city of Ames, Iowa.

The stadium’s artificial turf will be replaced by real grass for the 2026 World Cup, while upgrades to the jumbo-tron, sound system and lighting are also in the pipeline.

First opened in 2007, BMO Field was originally constructed as a soccer-specific stadium to serve as the home ground of Toronto FC.

Melissa tours CP24 through the Casabubble at National Home Show 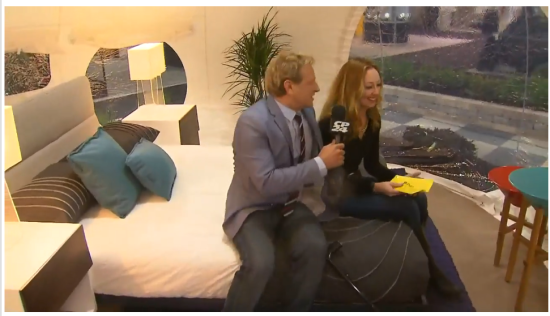 Melissa toured CP24 through the VERY cool Casabubble at The National Home Show.

Come see the Casabubble furnished by Urban Mode up close and personal at the National Home Show, on today through March 23rd at The Direct Energy Centre, Exhibition Place 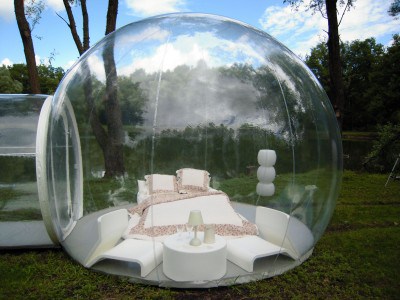 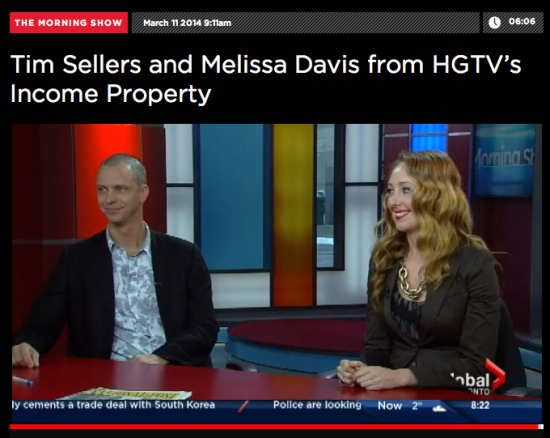 Tue, Mar 11: – Tim Sellers and Melissa Davis from HGTV’s Income Property show us how you can renovate or redesign your home in order to sell it faster. They will also provide tips on how to renovate your basement to maximize rent capacity. 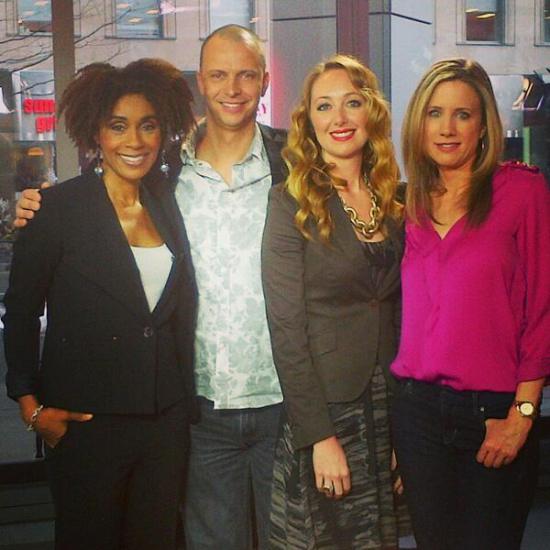 Catch Melissa and Tim on stage at The National Home Show 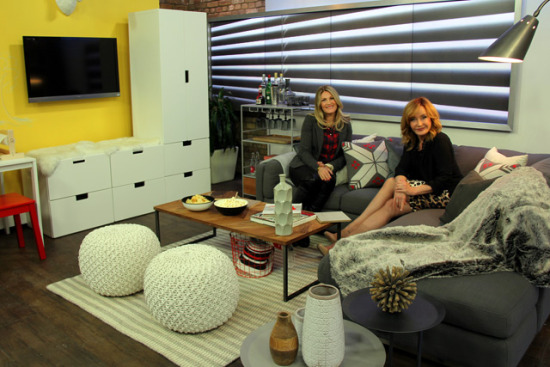 Your basement can be a fun and creative space and doesn’t have to be representative of the rest of the house. Halina breaks down all of the elements that make up a great games room. A growing number of homeowners are renting out all or a portion of their homes to travel or even quit their jobs to do so. Its part of a growing trend called “the share economy” and its here to stay. Interior designer, Melissa Davis discusses how you can prepare your house to do the same and maximize your retail potential.

How will you differentiate yourself from the competition?
The competition includes other homes, but also hotels. Think about if you owned a hotel room – what would you like in that room if you were a guest?

Top must-haves to be the ultimate host!
A local guide book you made yourself is both thoughtful and helpful. Include: a map book of restaurants, drycleaners, favourtite shops and stores, where to take the family, or where to go for date night.
Paint Provided by:
DULUX
www.dulux.ca

Melissa talks Luxe for Less on The Marilyn Denis Show

Get the Designer Look for Less

Interior designer, Melissa Davis, shares easy installations that can make a bang without busting your budget. 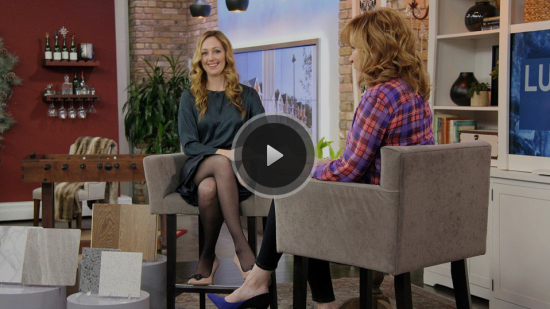 Flooring: on the left is an engineered wood; on the right is a matched laminate. By using laminate in separated areas like the basement you can save thousands on the overall flooring cost, but a matched product keeps the design story consistent.  www.grainfloors.com 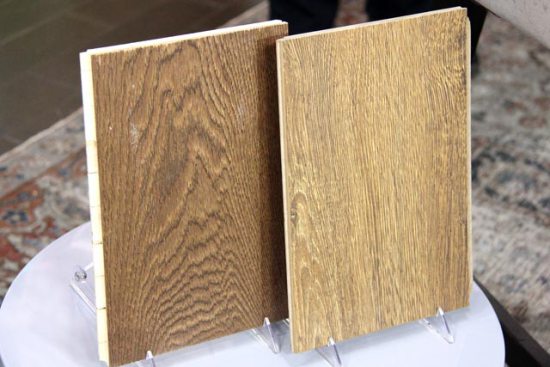 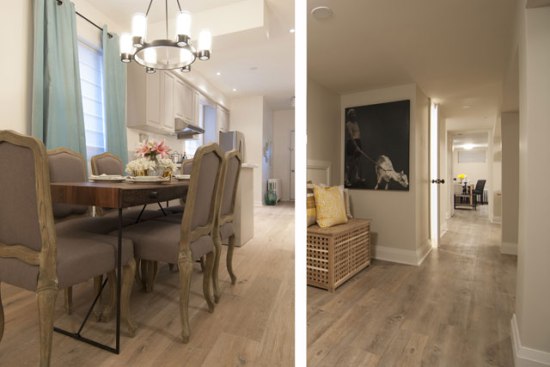 Creating a built-in home office, whether it’s in the basement, or adjacent the kitchen can be done on a budget using stock kitchen cabinets like these from Ikea. Use matched end panels to clad the underside of the uppers for a more finished, custom look. Top them off with a stock counter. 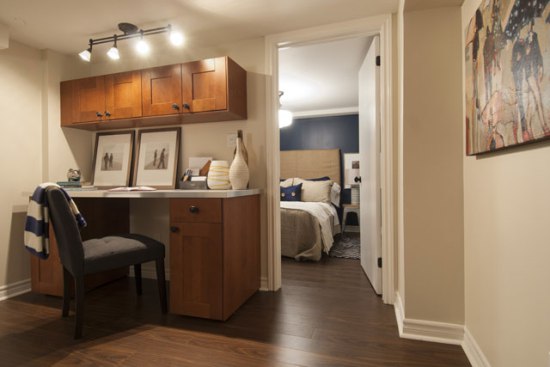 Custom fireplace built-ins are on most homeowners wish lists for family room renovations. Custom can be costly and this means they are often cut from the budget. Here Ikea stock kitchen upper cabinets were installed, toped off with a matched white kitchen counter. Matched panels fill the caps between the fireplace and the walls to create a seamless look.  Finish it all with simple white shelves on white brackets. 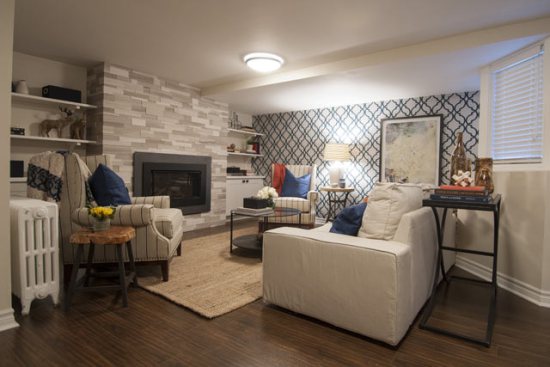 Custom stone counters can cost as much as the kitchen cabinetry, especially if you prefer something a bit more unique like soapstone.  Laminates have come a long way!  Here laminate was used, custom ordered with finished sides to allow for this popular waterfall design on the island. These are from Balanger Laminates, Sequoia Soap Stone material. If it’s the look you’re after, you can have it without paying for real stone. 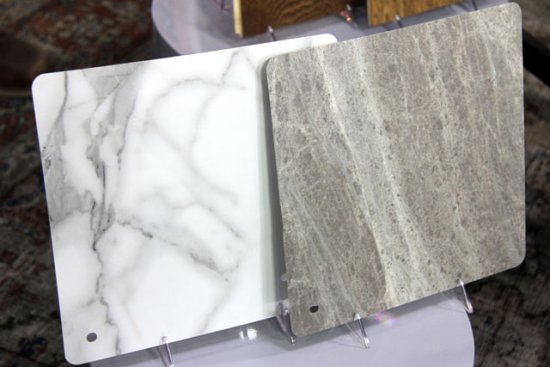 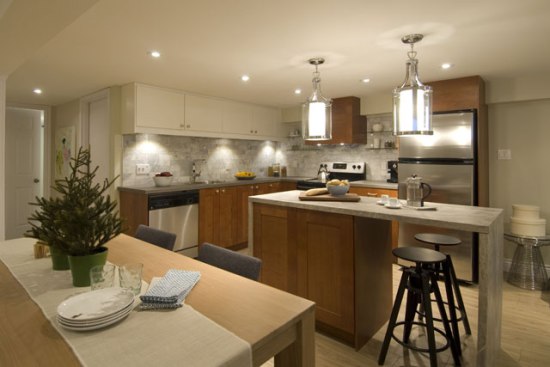 There are also many stone composites and creative installation methods that allow for a real stone material on a budget. This a product from Granite Transformations. The material itself is only 1/4″ thick and is mounted on a sturdy plywood substrate. This thinner material means less material cost, but to the outside eye you’d never know the difference.  It’s heat and stain resistant as is typical of most composites. 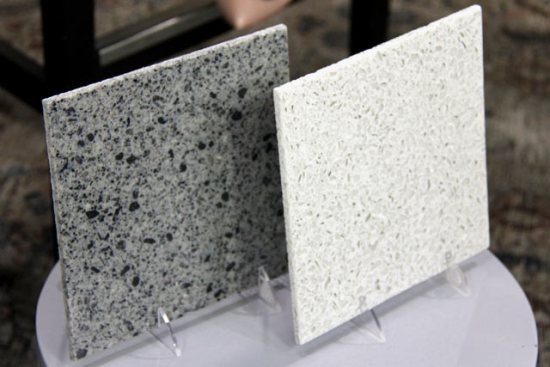 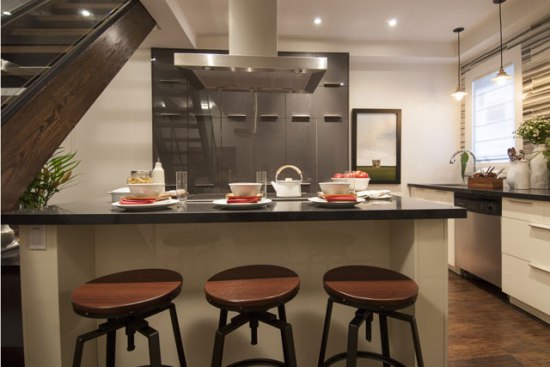 Halina and Melissa on CityLine

Halina and Melissa did a fantastic 3 part home tour on CityLine today.  If you missed the tour you can catch it online now > 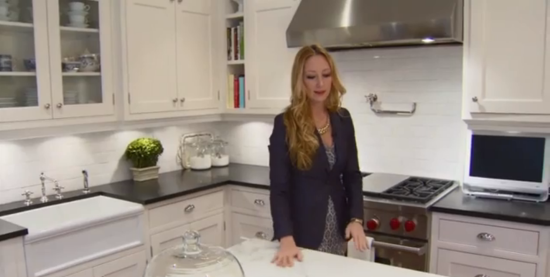 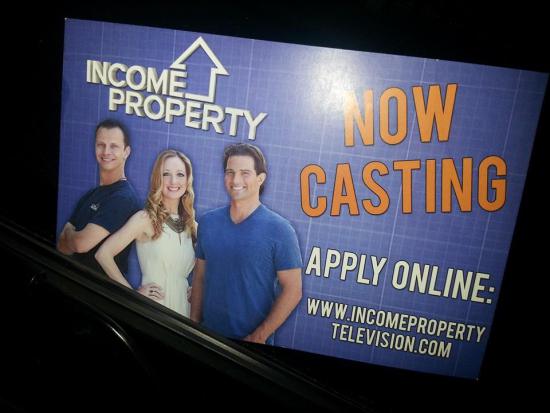 Halina shares how to create a wine room on a budget on the Marilyn Denis Show. 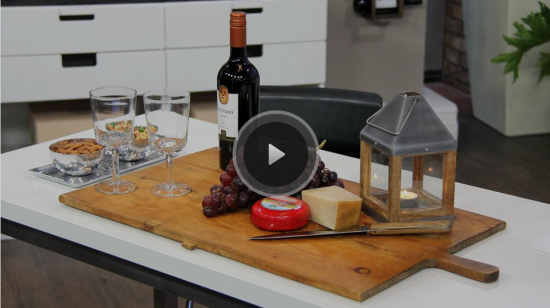 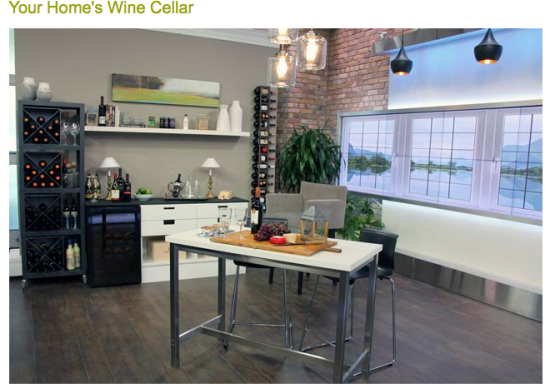 Melissa had a photoshoot today with Scott McGillivray and Tim Sellars, on the set of HGTV’s Income Property.  This is NOT a Professional shot, but still a great capture of the trio. 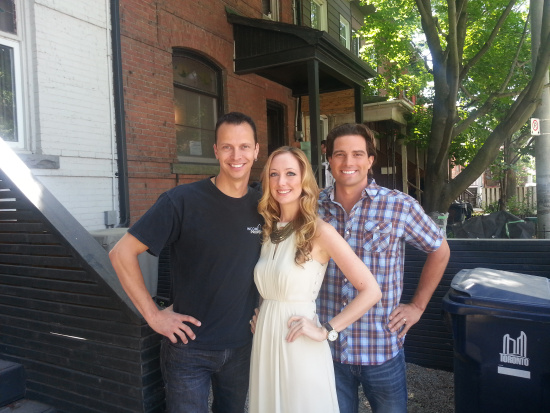